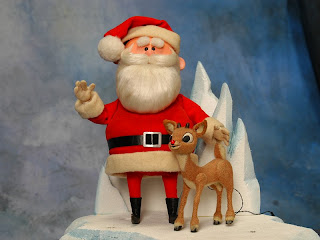 Here it is podcast 6 - in it I look at Advise and Consent, a political movie from 1962, Sally looks at the Rankin-Bass Christmas stop motion specials from the 1970s and I go through a few of my favourite viewing experiences of 2007. The download link is here. Happy Newtonmas, mon freres.

Powered by Podbean.com
Posted by Unknown at 25.12.07 3 comments: Links to this post 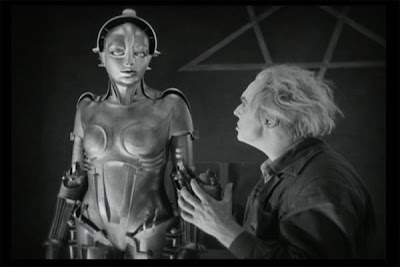 JoBlo.com has a report that the guy who produced Alexander for Oliver Stone, a twit called Thomas Schuehly wants to do a remake of Fritz Lang's Metropolis. This is an extremely bad idea. It's even worse than the 1984 soundtrack for the film where Giorgio Moroder decided that it was a good idea to get Pat Benatar, Adam Ant, Billy Squier, Loverboy, Bonnie Tyler and Freddie Mercury to sing banal pop-songs in an attempt to enhance a silent movie classic. It wasn't a good idea and it wasn't enhancement.

Here's an open letter to Thomas Schuehly. Leave it the fuck alone. Go and do a movie based on Neil Stephenson's Snow Crash or Charlie Stross' Iron Sunrise or get someone to update Norman Spinrad's Bug Jack Barron instead of drawing over masterpieces with cinematic crayons. Nobody's going to thank you for frigging up their memories of the original movie and you won't do it better than Fritz Lang did.
In his later years, Lang starred in a movie called Le Mepris and that title expresses my feelings about the idea of remaking Metropolis. Le Mepris means contempt.
Posted by Unknown at 13.12.07 1 comment: Links to this post

Yet Another Great Movie Review Site

Boris Lugosi (not his real name) has been pubbing his movie review on the web since Jesus was a cowboy. The site, Girls, Guns and Ghouls is worth checking out as a checklist of DVD goodness for the discerning cult movie buff. It's yet another case of Australian quality cultural content in the great tradition of this and this and this.
Posted by Unknown at 10.12.07 No comments: Links to this post 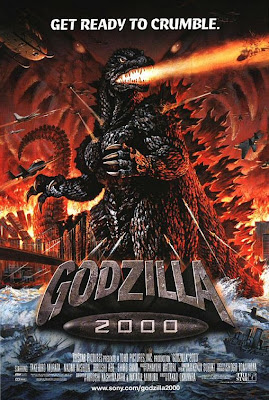 Just to chill after a week of working for the man, I spent Saturday watching DVDS. Here's the summary.

Bland, middle of the road stuff to keep the masses happy. A tiny bit edgier than the TV show which passed its' use-by date around the time of the Monica Lewinsky scandal. Two chuckles in the whole lot. People waited eighteen years for this? Sal enjoyed it more than I did, but she's a fart/bum joke kind of woman. Now a Family Guy movie might have some edge to it... or even better still, a Venture Brothers movie.

Banacek Series One I watched some episodes of this 1970s tv show about an insurance investigator played with an amusing smarminess by George Peppard. Good crimes in this. How do you steal a flat car from a train while the train is moving? How does a football player disappear while in the middle of a game? How does a million bucks vanish from inside a glass dome in the middle of a busy casino? Cool seventies stuff with guest stars like Margot Kidder and Joanna Pettit, Victor Jory and Broderick Crawford.

Nihon Chinbotsu I picked up from an Asian DVD shop for fifteen bucks. The name of the movie means Japan Sinks and it's a remake of a 1973 movie based on a 1973 novel by Sakyo Komatsu. The movie does a good job of balancing the people stories with the fantastically well done special effects. Islands sinking, tidal waves, volcanoes, landslides, massive destruction of cities and a string of underwater nukes are all done with an impressive realism. There are also some shocking scenes on a human scale. A grieving woman kneeling beside the body of her husband while she carries a dead baby is particularly shocking.

Finally Godzilla 2000 in which the big spiky guy goes up against an alien spacecraft that scientists found on the bottom of the ocean where it has languished for 60 million years. The space ship is around the size of the Burj Al Arab and absorbs information, which includes the data on Godzilla's DNA. Great special effects, a climactic punch up between Gojira and the monster created from his DNA and Tokyo, as usual, gets a severe kicking.
Posted by Unknown at 9.12.07 No comments: Links to this post

Podcast 5 - Roberto Rossellini Versus Gerry Anderson Versus Robert A Heinlein 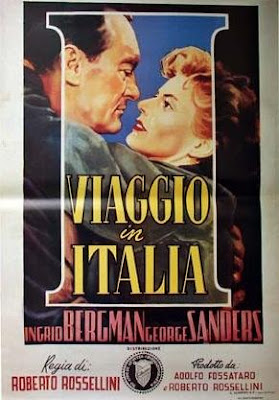 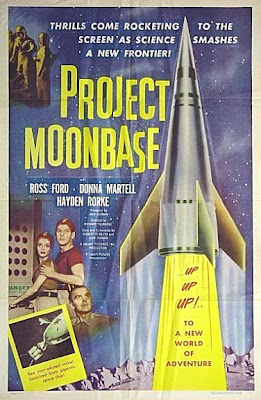 Viaggio In Italia
Journey To The Far Side of the Sun
Project Moonbase.

If there's a theme there, I'm buggered if I know what it is.

Posted by Unknown at 3.12.07 No comments: Links to this post