The movies for the podcast this weekend are: Sands of the Kalahari (1965), The Naked Prey (1965) and The Mechanic (1972). It's going to be a two fisted blokey adventure movie podcast following on last podcast's emphasis on Audrey Hepburn in order to restore the balance of things.
Posted by Unknown at 27.8.08 No comments: Links to this post 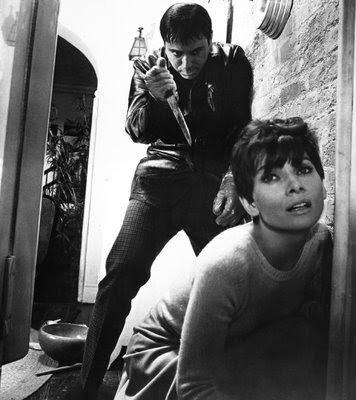 In Podcast 17 I (with the assistance of a co-reviewer - Sal) look at one of the coolest thrillers of 1967, the Terence Young directed Wait Until Dark starring Audrey Hepburn and Alan Arkin.

And a proto-post modern look at Hollywood scriptwriting, alcoholism, stealing the Eiffel Tower, movie producers and why Frankenstein and My Fair Lady are the same thing, 1963's Paris When It Sizzles starring William Holden, Audrey Hepburn and Tony Curtis. 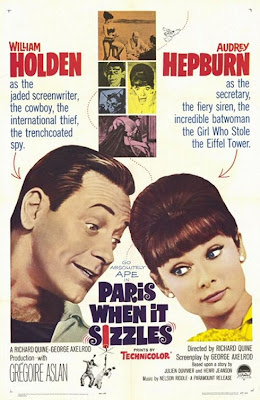 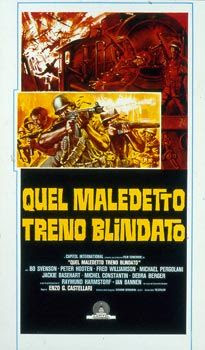 I also do a brief look at the movie Quentin Tarantino's about to remake, Inglorious Bastards.

Link to the Creative Commons License for the Podcast

Riddle me this, Batman. Which character in a film was described by Stephen King as follows "... may be the greatest evocation of screen villainy ever, rivalling and perhaps surpassing Peter Lorre's in M." When you figure that out, you'll know what one of the movies I'll be talking about in Podcast 17 will be.
Posted by Unknown at 5.8.08 3 comments: Links to this post

I'm now on Twitter. My user name there is terryfrost and I need followers. So if you wanna cyberstalk me, go for it bunky.
Posted by Unknown at 5.8.08 No comments: Links to this post